NVRs (network video recorder) and DVRs (digital video recorder) are what you use to manage, view, and store surveillance videos. Available with a variety of software and hard drive sizes, NVRs and DVRs make it easy to save and review videos. Which one you need, and how it works, depends on having CCTV or IP surveillance cameras. 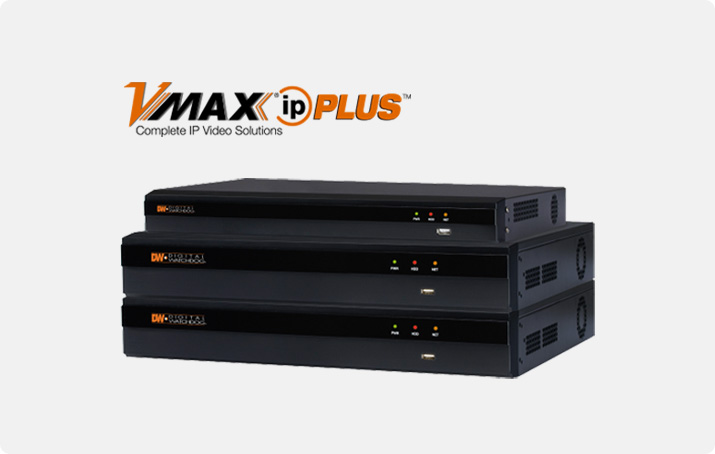 The VMAX® IP Plus™ is an easy to use PoE NVR that allows you to go from power up to monitoring in less than three minutes! The NVR offers unique features such as CCIP™ camera encryption and internal systems diagnostics, keeping your system healthy, secure and up to date. Combine with the DW Witness™ app to turn the camera on a smartphone or tablet into a surveillance camera that can be viewed and recorded on the NVR. Combine your VMAX IP Plus with DW Spot™ Monitoring Modules for public view monitors. Each NVR can support up to 16 remote connections and share a maximum of 64 channels simultaneously. 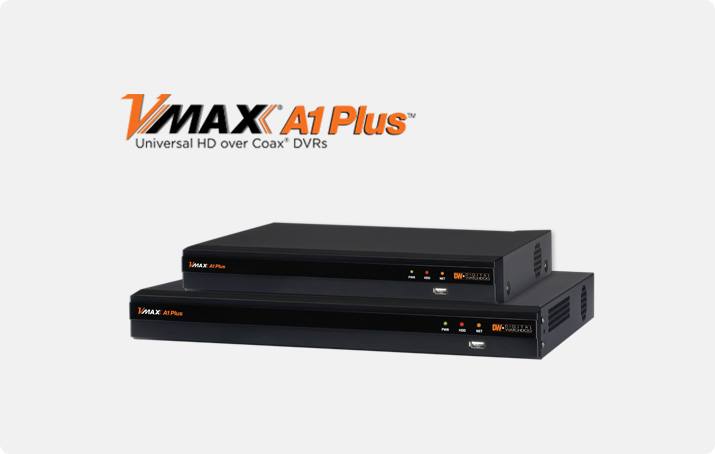 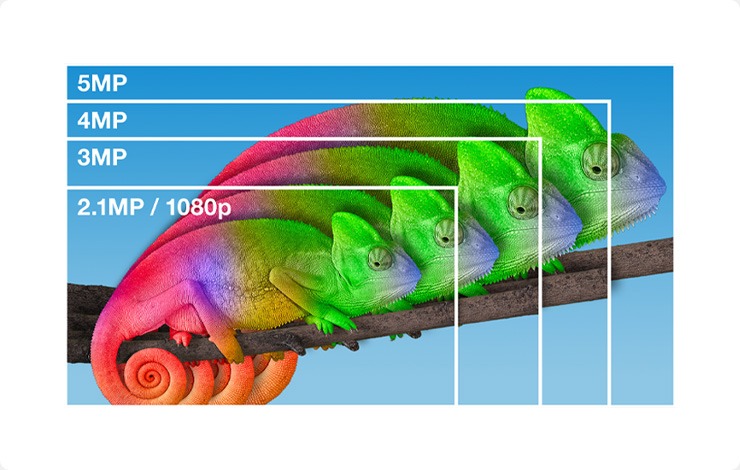 DW’s technology delivers crystal-clear images in resolutions up to 5MP.
Higher resolution delivers forensic details when zooming into the camera’s field of view. 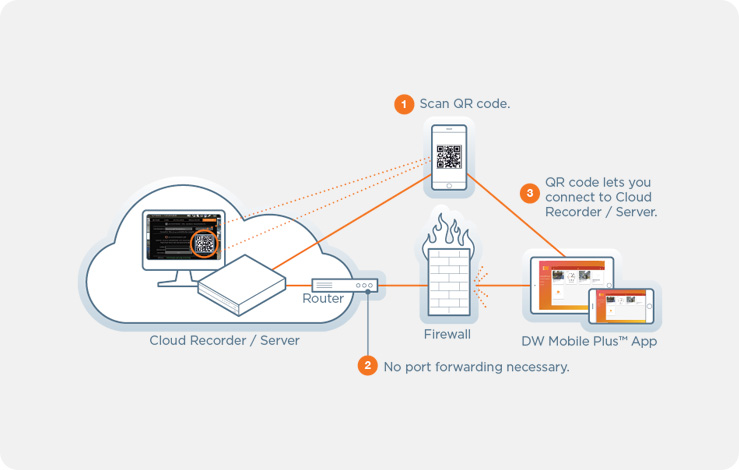 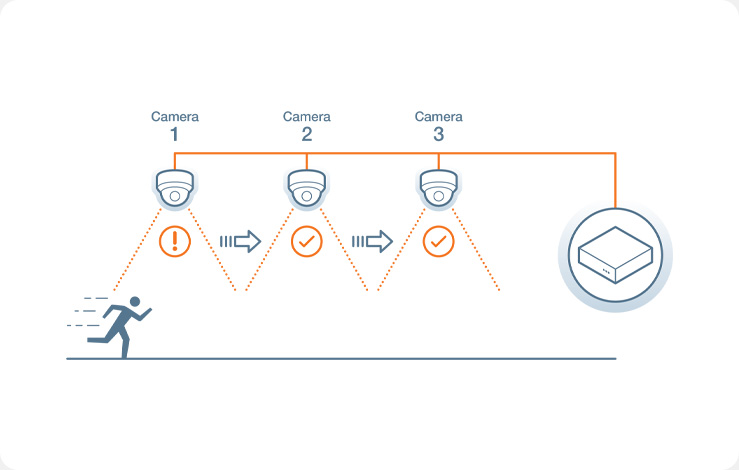 Designate a group of cameras to respond to an alert from one camera. 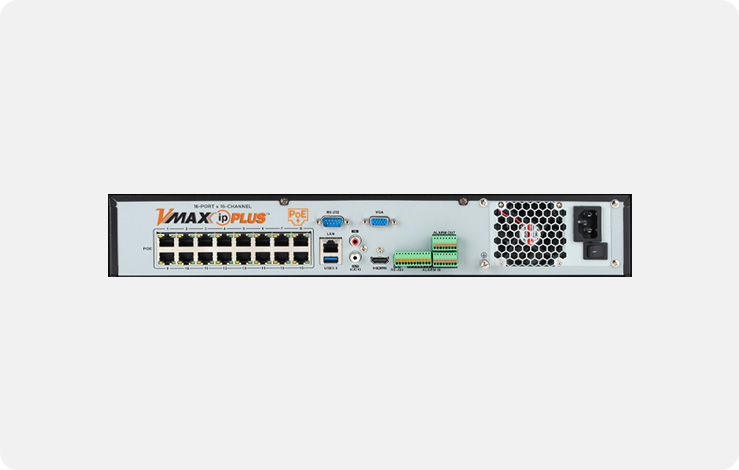 The VMAX® IP Plus™ NVRs can power up to 16 IP cameras locally from the system itself, no need for PoE switches and additional power sources. 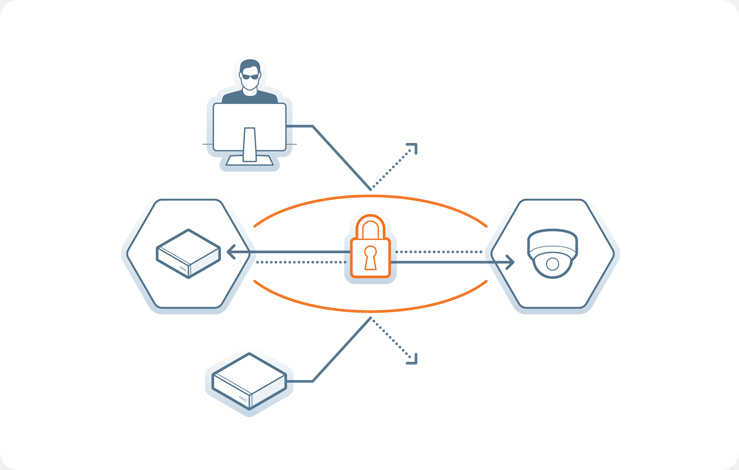 DW’s CCIP (Closed Circuit Internet Protocol) camera and recorder encryption is an exclusive DW technology that provides an encrypted RTSP stream between the camera and the recorder , assuring users their cameras, recorders, and data are secured. The feature is available for all MEGApix® single-sensor IP cameras as well as VMAX IP Plus NVRs.

The VMAX IP Plus system sends a request for an encrypt stream from the camera, which in return encrypts its RTSP stream a second time, over the user ID and password. The secured and encrypted RTSP stream can only be read by the requesting NVR. 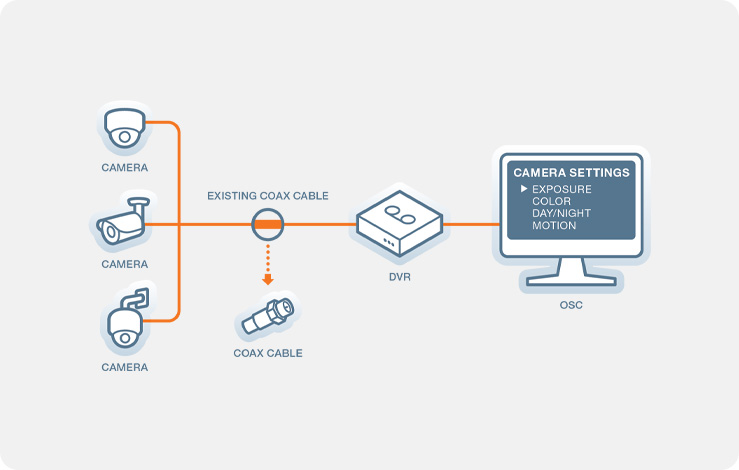 Up the Coax (UTC) Communications_DVR

Get the ladder! Make adjustments to your cameras from DVR.

Thumbnail Search
Find video fast by clicking on thumbnails by the date, hour and minute.

3-minute installation
Get your NVR from the box to monitoring and recording in under 3 mintues! 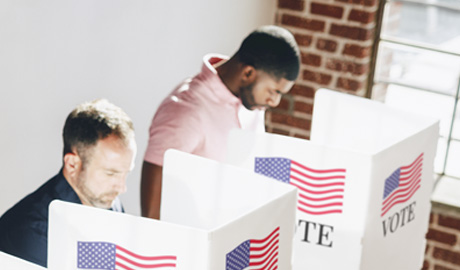